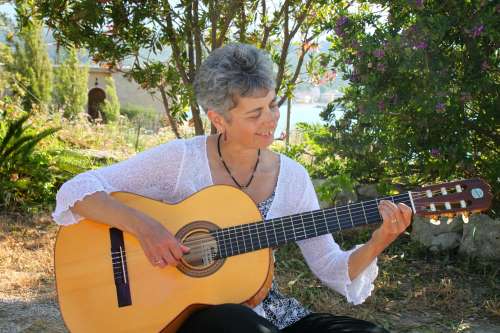 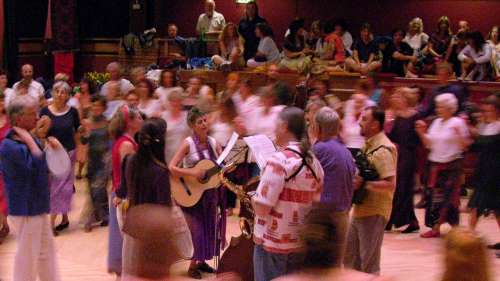 Mandy had no formal training in music but had taught herself to play guitar from the age of 13 accompanying herself to various folk songs. However, her musical career only really began in earnest at The Glastonbury Music and Dance Festival in1987 when she went to a Balkan Dance music workshop with Dunav (a well known London based Balkan Folk Dance Group). She came away from this workshop inspired to play for the dance and with some sheet music for Circle Dances that she already knew.

However, it was not possible to be a one woman band, but low and behold in the following January (1988) she met Tony Wrench, who came to a day workshop that Mandy was teaching. Tony, a talented and versatile musician - who now lives in Wales and plays with a Circle Dance band called Rasalila - had also been a founder member of the group Prana who sang chants from the Native American Tradition and also composed their own chants. Tony, however, was also very enthusiastic about learning to play music for Circle Dance, and he and Mandy started to meet to learn some tunes for future events that Mandy was organising.

In the Summer of 1988, Linda Rhodes, an extraordinary professional violinist and teacher, who also had a passion for playing folk music, came to a Summer Solstice event that Mandy was leading with Tony and joined in with the live music making. It was a great combination and after this event Linda was keen to join Mandy and Tony and so they started to meet regularly to build their repertoire.

After a couple of years playing live music for the dance, this trio, joined by drummer friend Dave Starkie, recorded the CD Full Circle under the name Ta-Vo-Koki (a Native American word chosen by Tony meaning 'social dance'). However, not long after they completed this album, life circumstances changed and Tony and Dave moved away.

At this point Mandy and Linda decided to form their partnership as Parampara - a Sanskrit word which they chose for its appealing rhythmic sound and for its many layered meanings. It alludes to 'tradition' but also roughly translates as 'one foot on the ground, the other moving'.

Mandy and Linda worked successfully as a duo for a short while and then a chance encounter at a dance camp in 1990 introduced Mandy and Linda to Bob Minney - another talented and independent musician, composer - best known for his accordion playing, but also playing many other instruments with great skill. There was an instant rapport, and for the next ten years Bob joined Parampara regularly, playing for many circle dance events locally and around the country.
Mandy and Linda went on to produce many albums under the Parampara label - on three of these recordings Sidetracks, Sidetracks 2 and Footnotes) they were joined by Bob.

However, Parampara is now probably best known for the two albums Heart of the Wood and Crock of Gold - two unique collections of original music composed by Linda and choreographed by Mandy. These creative albums were the outcome of a very natural development of the many wonderful hours of music-making and dancing that they had shared together. The music is played by Linda and Mandy for Heart of the Wood and they are joined by Mandy's Partner, Judy King, for some of the tracks on Crock of Gold. Judy had always wanted to play the flute and had learnt some basics, but had never had the opportunity to develop her musical skills until now. She was greatly helped and encouraged by Linda and Mandy and was soon playing regularly at events as well as contributing to the Crock of Gold album.

However, in 2002, life's events meant that Mandy's musical journey with Linda came to an end. From this point Mandy and Judy were joined by Chris Hall, a close friend, known for his lovely singing voice but who was also developing his skills as an accordionist ... and a new musical partnership emerged under the name of Serendipity.

This trio became well known playing for the dance both locally, around the country and also abroad and produced three albums.

One other recording that you will find listed is Close Harmony by Musaic. Here Mandy joined forces with Bob Minney, Nawal Gadalla and Dee Voce. Nawal and Dee live in Chester and are also Circle Dance teachers. This band came together over a period of two years for a week long residential event called "Unplugged" - a first in playing Circle Dance music live over this length of time. This album was the result with a collection of favourite tunes and dances from Musaic's repertoire. 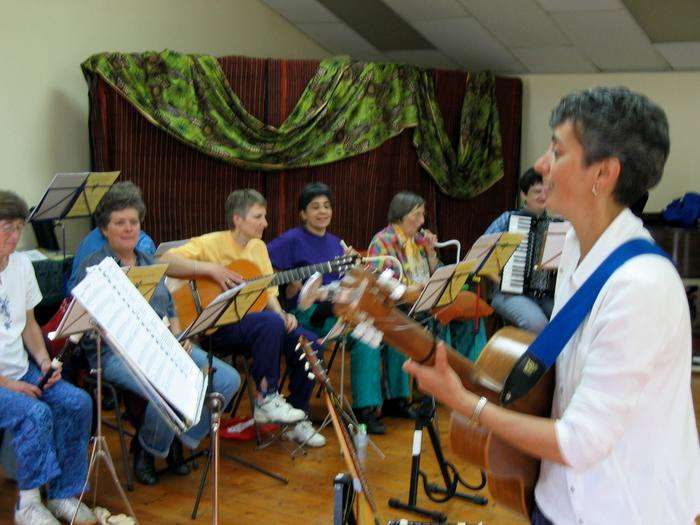 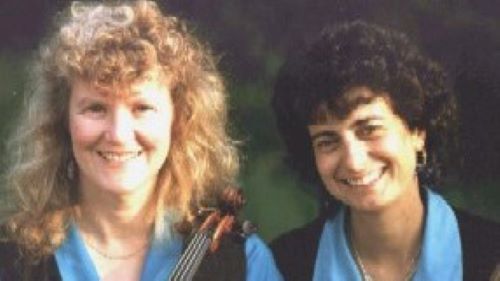 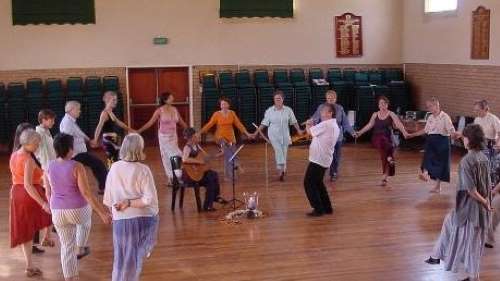